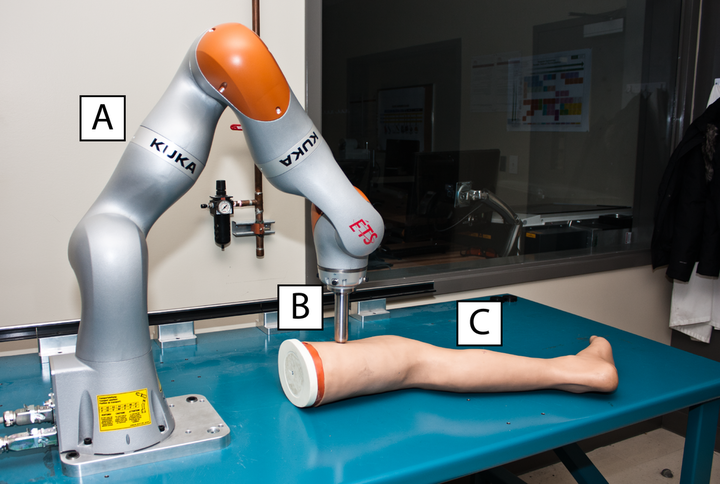 Given that the success of an interaction task depends on the capability of the robot system to handle physical contact with its environment, pure motion control is often insufficient. This is especially true in the context of medical freehand ultrasound where the human body is a deformable surface and an unstructured environment, representing both a safety concern and a challenge for trajectory planning and control. The systematic tuning of practical high degree-of-freedom physical human-robot interaction (pHRI) tasks is not trivial and there are many parameters to be tuned. While traditional tuning is generally performed ad hoc and requires knowledge of the robot and environment dynamics, we propose a simple and effective online tuning framework using differential evolution (DE) to optimize the motion parameters for parallel force/impedance control in a pHRI and medical ultrasound motion application. Through real-world experiments with a KUKA LBR iiwa 7 R800 collaborative robot, the DE framework tuned motion control for optimal and safe trajectories along a human leg phantom. The optimization process was able to successfully reduce the mean absolute error of the motion contact force to 0.537N through the evolution of eight motion control parameters.